What do moving a safe and trusting the promises of God have in common? More than you might think…

Not too long ago, my husband and I were moving a large safe from the front of the garage to the back of the garage into a storage room. Kurtis asked me to help tip the hulking piece of metal onto a dolly and then he would wheel it to its new home. On the first try, I was too hesitant because I was afraid the momentum of the massive safe would push the dolly out. I was afraid my husband couldn’t brace it.

But he assured me he was ready and that I needed to tip it and not be timid. This time, I pushed with the full assurance he was ready for the weight of the safe to shift to him. And it worked. It shifted to the dolly and he easily rolled it into its new spot.

What made the difference? The second time, I could “push through” because my husband promised he could handle the weight. I had a promise I could lean into and trust.

Some famous verses from Joshua highlights this truth.

Be strong and courageous, because you will lead these people to inherit the land I swore to their ancestors to give them. Be strong and very courageous. Be careful to obey all the law my servant Moses gave you; do not turn from it to the right or to the left, that you may be successful wherever you go. Keep this Book of the Law always on your lips; meditate on it day and night, so that you may be careful to do everything written in it. Then you will be prosperous and successful. Have I not commanded you? Be strong and courageous. Do not be afraid; do not be discouraged, for the Lord your God will be with you wherever you go.

A little bit of context for this passage: Joshua was a new leader leading a new generation into the land God had promised the older generations. Their victory was promised, but there were still battles and choices ahead. There would be many opportunities to be discouraged. Within the first nine verses, God exhorts Joshua to not be afraid or discouraged three times. Why three times? In The Bible Knowledge Commentary (Old Testament), the author notes that Joshua is assured of three different things with each admonishment to be strong and courageous. He’s assured by God’s promise, His power, and His presence.

There was no need to fear because God’s promise had assured them of their inheritance. The nation could brace themselves in that. In fact, these words from Numbers might have come to their minds.

Where they were unfaithful, God was faithful. Where they broke their promises, God kept His.

There was no need to be afraid because God’s power would be their source of strength. This generation would’ve seen miraculous things as God provided for them in the wilderness. And they would’ve heard their parents’ and grandparents’ stories of the plagues in Egypt, the Red Sea escape, and the demise of Pharaoh’s army. There was no doubt as to if God’s power would be able to deliver them. The evidence had already been collected.

And there was no need to be discouraged as they entered a new land and faced new obstacles, because God’s presence would never leave them. There would be many times when the Israelite army would be outmanned, but over and over we see that God’s presence was the tipping point for their victory.

The encouraging news for you and me is that we can depend on those same things today. During this time of quarantine, we’ve had plenty of opportunities to test these promises. So if you’re wondering if you can really lean into God’s promises, if you’re wondering if he can catch the weight of your finances, your kids, your health, or your relationships, the answer is a resounding yes.

We can brace ourselves in God’s promises and trust His power and presence, no matter what is on our horizon. 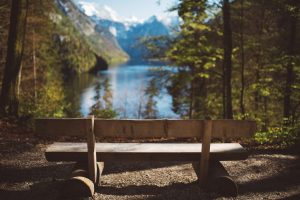 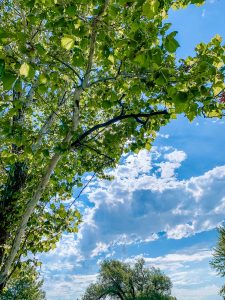 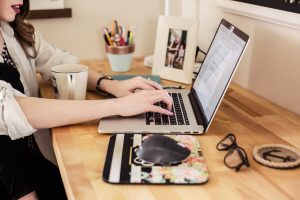 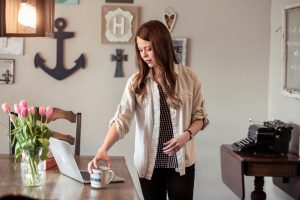 A Simple Prayer for Sunday Evening